Hit enter to search or ESC to close
#IDnews#morethanfashion#technnology

Flowing with the Currents of Change

IDflo started with a simple goal. – to digitally live track all the manufacturing operations, which essentially is the flow of the company.

In 2019, the idea was conceived from a conversation between our Information Architect – Mr. Zaid Humayun and the former CEO Mr Ravi Kumar.  Mr. Ravi had seen companies in and outside India where everything in the factory was tracked from material acquisition to shipment in a single interface. With this digitization, companies could be run from anywhere in the world and not be limited to physical presence. It was with this vision that the IDflo took its roots. The vision and solution was simple, the implementation however had to manoeuvre many a challenge, and was successfully adopted in a relatively short span of time with Mr Zaid’s leadership.

The team is now headed by Mr. Madhukar, AGM Operational, with Mr. Manjunath as the tech lead, along with developers, Mr. Gurumurthy and Mr. Izhar Sharief and Mr. Rashid, the UI/UX designer.

Manufacturing always has a need to keep improvising efficiency – as that is where a majority of the earnings lie. But it always starts with fabric, and its efficient consumption through organised inventory management in which cutting ratios are tracked. This was the identified start point that has now led to an almost all-encompassing technological solution that grew legs into every operation of ID, merging multiple data software into one.

With fabric at the center of the solution, the first project was born. Being the fundamental and high-cost involved asset in apparel manufacturing, the team took on the initiative to develop software that would track the entire life cycle of the fabric:

FabTracker consists of three applications to track the fabric through various stages of production. 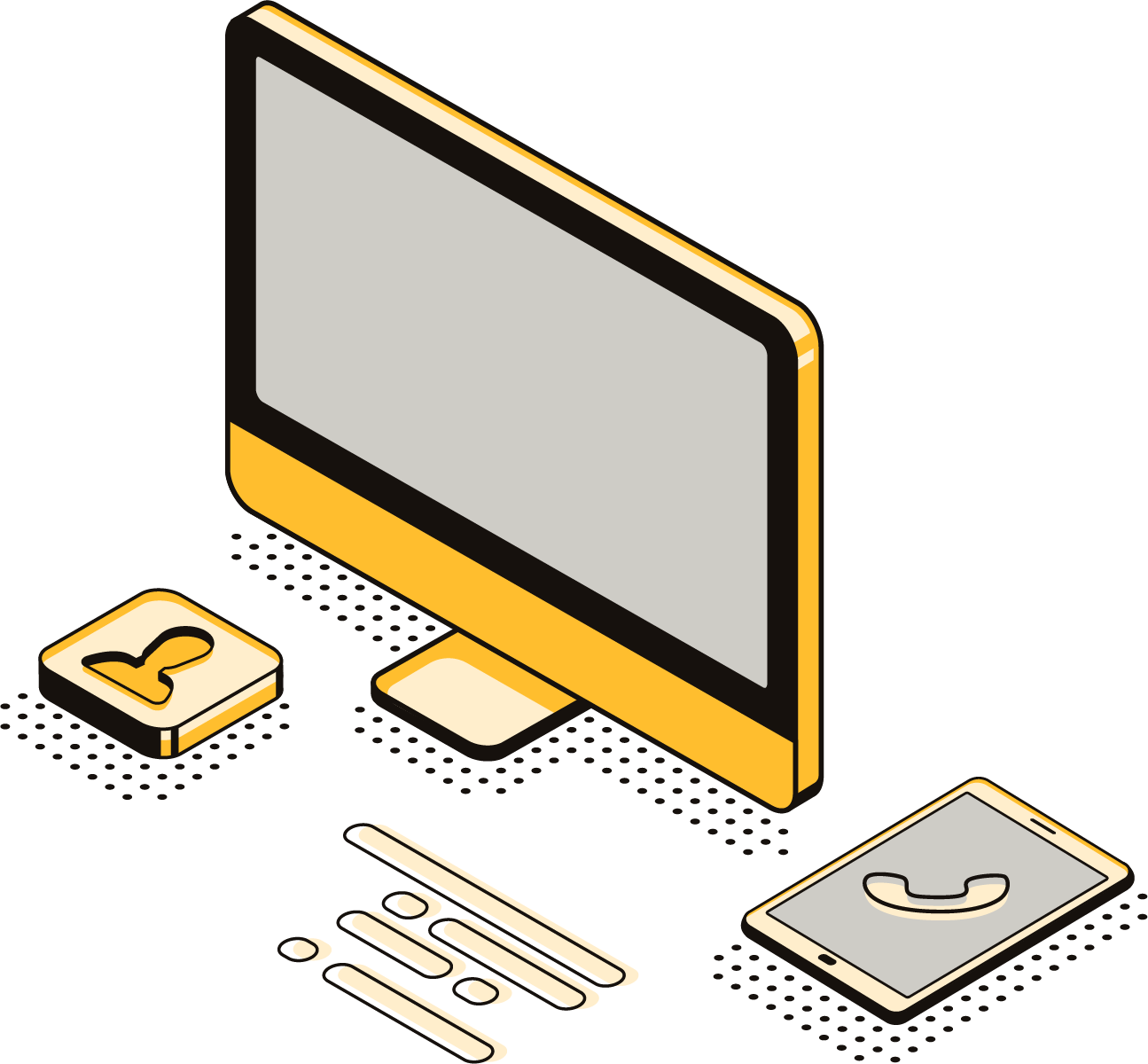 Through this application, we were able to merge the movement of our inventory right from our suppliers to our respective factories. The interface carries all the information about the length of the roll, the colour, the serial and PO number and real-time information on its consumption. The app also integrated with accounting to ensure all operational and financial data points are captured. 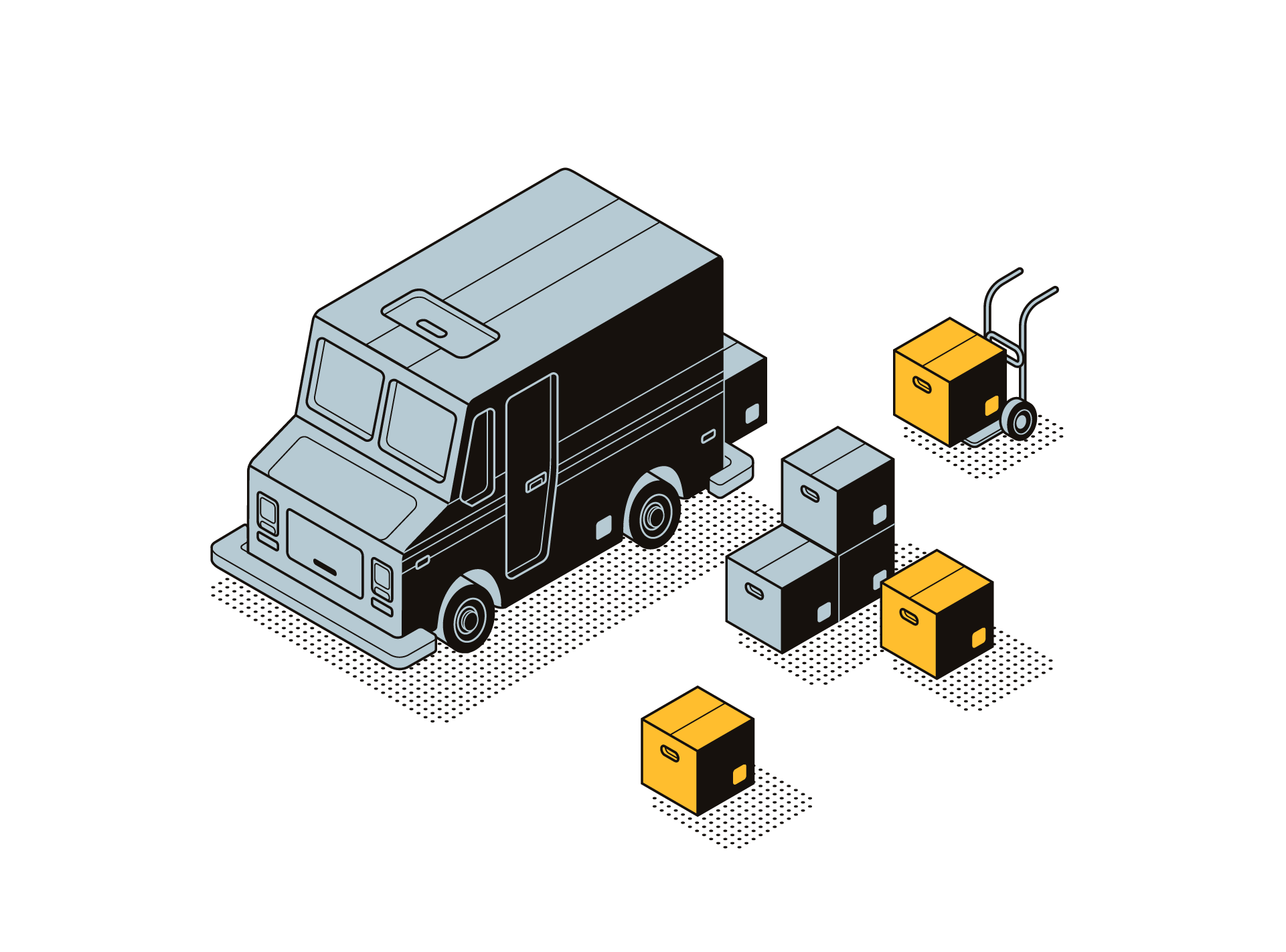 FabCut initially imports the data from FabScan. Information such as how many plies a roll can make, how many of those plies are used, how many are left, etc. can be accessed with ease during the cutting process. Once the cutting process is done FabCut tracks the bundle containing all the parts (cutbits) of a particular order. Fabcut holds all the molecular data of this stage such as output and style information such as color, etc. live at our fingertips on all of our screens.

Finally, FabStitch tracks sewing in three sections: Input, DHU (Defects per Hundred Units), and Dispatch. DHU keeps track of approved, reworked and rejected pieces. This is especially useful any repeating errors  can be traced back to the source and corrected. Dispatch records the data for the number of approved and reworked pieces and sends them for finishing. 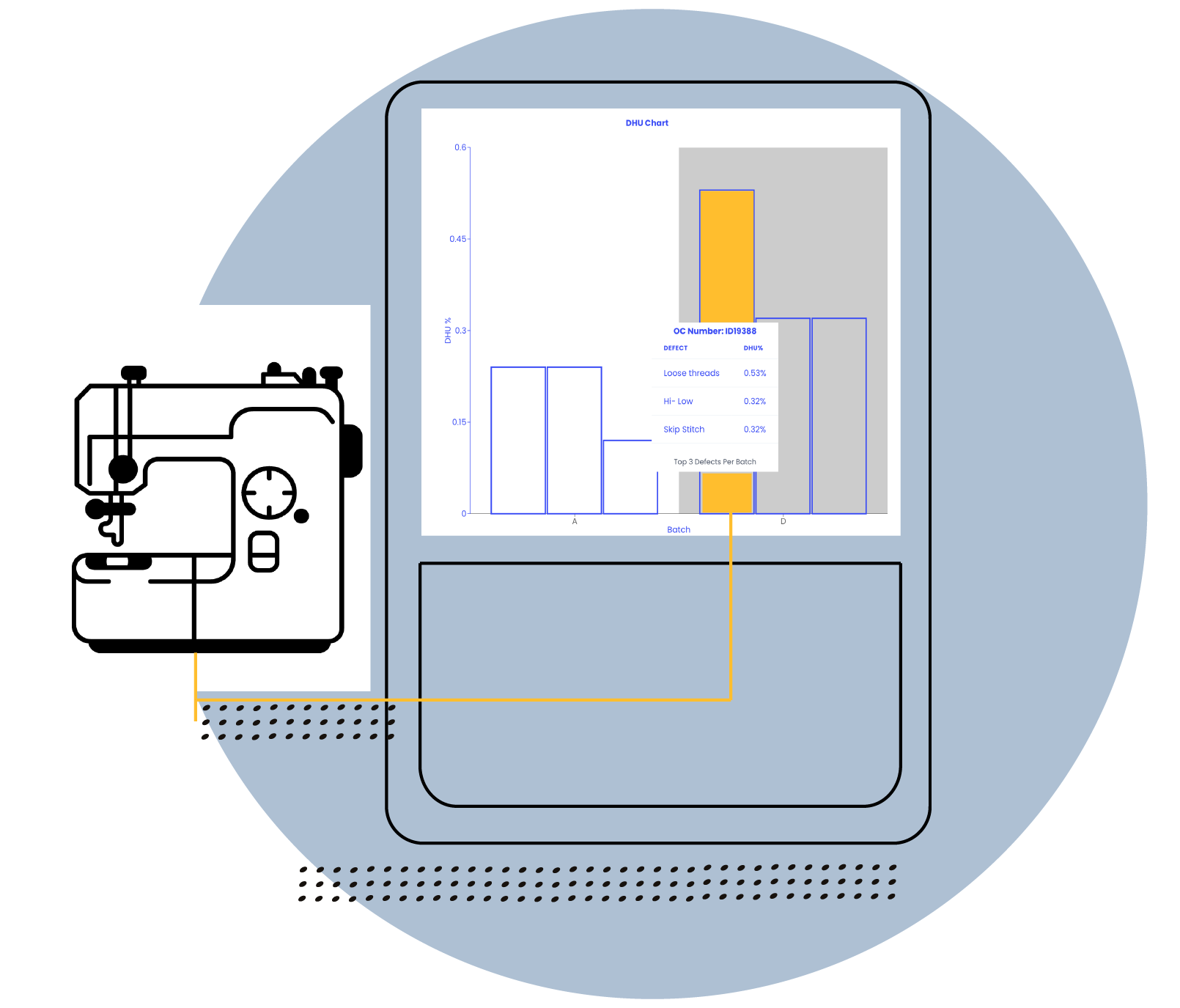 These applications were built with accessibility in mind and are extremely user-friendly and interactive for phones and tablets. We can access real-time information, increase transparency and improve efficiency by tracking and correcting errors proactively.

Swimming with the current.

No new process can succeed without a change in mindset, to shed the old and swim with the current. IDFlo, as any other department at ID, had an inclusive and engaging mindset. To give you an example, a bell was set up which was to be rung every time people on the factory floor were using one of the fabtracker applications. Eventually, the bell rang so often that it had to be taken down!

From Isolation to integration.

Another issue identified by Mr. Zaid was the various internal softwares being used in isolation within ID. Thus, began the task of converging all data points from various software being used by HR, finance, merchandising and production. IDflo creates modules to customise and integrate external software (such as SAGE) with our own internal intelligence. One of the statements IDflo works by is, “There should never be a duplication of effort.”

Our design team – IDCreatives and IDFlo work hand in hand and also represent the youngest teams. The synergy between the two is a seamless flow of ideas, testing and simple solutions. IDCreatives, in many ways, acts as the pilot testing ground for any new ideas, solutions or process change in regard to merchandising and production without the risk of bulk orders acting as a testing rabbit. As the design team mirrors the production processes, this gives a safe space to launch new solutions that can be rolled out to the production floor. For example, IDFlo introduced live sample tracking through google sheets and slack notifications that led to overall better productivity, and also saved on paper and ink usage! Soon, the same solution was rolled out to the merchandising teams.

Change is a state of progress, but it is also a state of loss, the loss of what is familiar. Our team at IDflo understood the challenge at every step. If FabTracker was as easy and user-friendly as possible, people would accept it more easily as it would require less work – and so constant feedback from the operators on the floor was the most valuable, more than top level management.

State of flow – A new era

The work IDflo has been doing is almost prophetic in its timing. All of us will agree that the past few years have been an experiment in finding out if remote workplaces are efficient. Many companies saw the pandemic as a way to reinvent management and technical systems. Therefore, the digitisation and automation brought on by the IDflo team have put us as a company in an inspiring space where limits disappear into opportunities. It has impacted the way we think about and approach projects.

In a short crunch, we have been able to transform from legacy methods to tech-driven processes. Organising the garment manufacturing process with all its details and nuances. Reducing the use of manpower and resources. Putting us current with the ever-evolving fashion industry. This is only the beginning. Being data-driven, we can process information quickly and implement it efficiently in our products and process.  Creating a self-sustaining system which keeps us in sync, allowing technology to take care of the pain points so we can have more energy to look out into the future and grow sustainably.